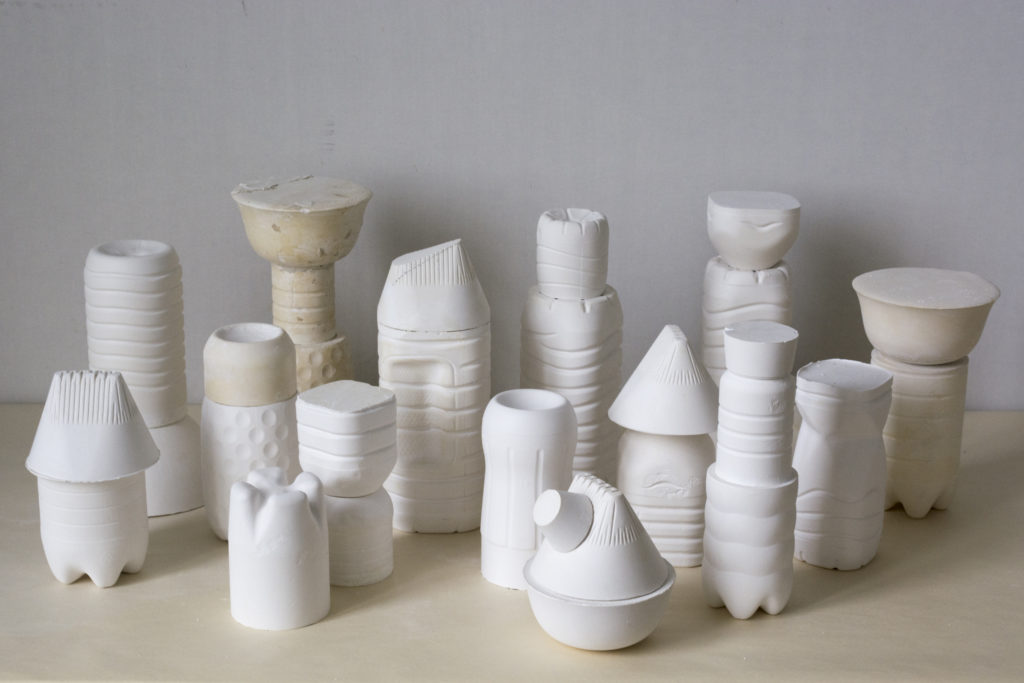 My project was oriented towards the work with the children. Showing the children the basics of a design process was the main focus in the beginning. While the process was about how to develop a form, I wanted the kids not only to learn about how to work with the material but also to develop a more conscious awareness of the surrounding forms and to think more about which forms and objects interest them and why.For me it was more of an analysis about how I would like to design myself which led to many questions. Is it still possible to create new forms or is it only a repetition of existing forms, changing only the details? Is it necessary to create new forms at all? Isn’t the amount of existing forms already enough? What functions can a form provide? How can existing forms be used in different contexts? Are we aware that there are countless forms? What “beauty” is contained in everyday forms that we do not perceive?

Form and the search for “good form” is a great topic in design that was and will always be discussed. As a designer you can spend an eternity on searching for the “right” form of an object. It is a dif cult and detailed process. I wanted to nd a way to explore the topic of form for myself. Since my goal was to explore the topic in general, it was about nding a way to have this analysis without the intense process of creating a completely new shape.

I used already existing forms and combined them in new ways, ignoring their original function and context to explore what potential a certain form has. This way of creating new forms helped me to more carefully observe the existing forms that surround us everyday. On the other hand, by combining different forms and perceiving the impression of the new object helped me to develop a feeling for form combinations, and dsicover which forms go well together and which don’t. By turning the forms I created upside down, I shifted the visual impression of the same form. Also it changed the possible usage of the form.

Through this, the creation of new forms and exploring the eld of form was more about the process than actually designing a new product. My goal was to visualize this without focusing on designing a certain object or product. The function of my objects is not given by me as the designer but is to be chosen by the users themselves so they can explore the forms and think about which function can be provided by the form.