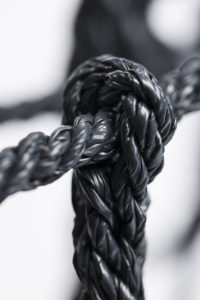 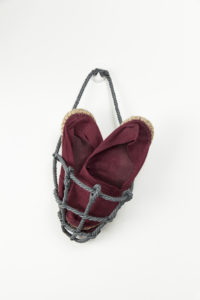 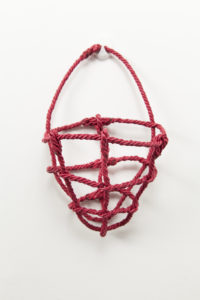 We may not realize what an important, and layered role ropes are playing in our everyday lives, we may not think about it anymore how they were used to make the lives of builders, sailors, and shopkeepers easier in the past. The techniques, materials and procedures may have changed throughout the centuries but the function of ropes is as important today as ever. Ropery is a project to explore that.

When I learned that the Love School Project was based in one of the biggest slums of Nairobi, Kenya, I knew: I would like to focus my project on up-cycling, repurposing the trash, surrounding the community and the school, into something useful again.

I first started by researching traditional African handcrafts and very soon found the basket weaving techniques that really impressed me and I wanted to go on along these lines. I had to find a material to make ropes out of and since I knew, there were plenty of old plastic bags laying around everywhere, I started experimenting with the trash bags, I found at home. Shortly after that I had the idea to build the rope making machine, that made my work to twist ropes out of the plastic stripes, possible. 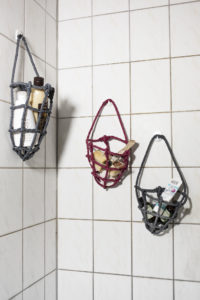 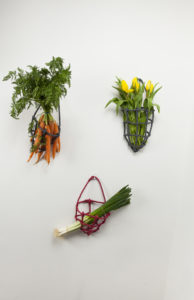 Once I had the ropes I felt a little lost, not knowing how to go on exactly. I definitely wanted to create something simple that could be used in the everyday lives of people, anywhere in the world. After weeks of experimenting I’ve come to the conclusion that I have to return the plastic bags into carrying/holding objects: baskets. However when I started studying the traditional African basket shapes and techniques, I found that the ropes are getting lost in the process, and are no longer in the centre of focus when one looks at the ready products.

As a sailor, I learned all about the knots and loops as a child, and I eventually realized that I have to return to these very basic, original ways of weaving and knotting ropes into baskets. I started with bigger shopping-type of baskets to practice and see the techniques, shapes and styles I wanted to use for the final models. These then rather turned into smaller storage baskets, that are not only stylish but also strong and waterproof, therefore they can be used in anywhere from kitchen, through hallway to bathroom, as equipment holders, or as decoration pieces.

After a long experimental process, I believe I have found a way to incorporate design and up-cycling in these ropes, and I am looking forward to creating more and different products with them. Therefore I consider the ropes as individual products, the Ropery and the baskets as one of its branches.

During my work, I have become more aware of the waste-culture in the Western-world and the project became a critical matter to me, through which I would like to make myself, and others more conscious shoppers… and wasters. 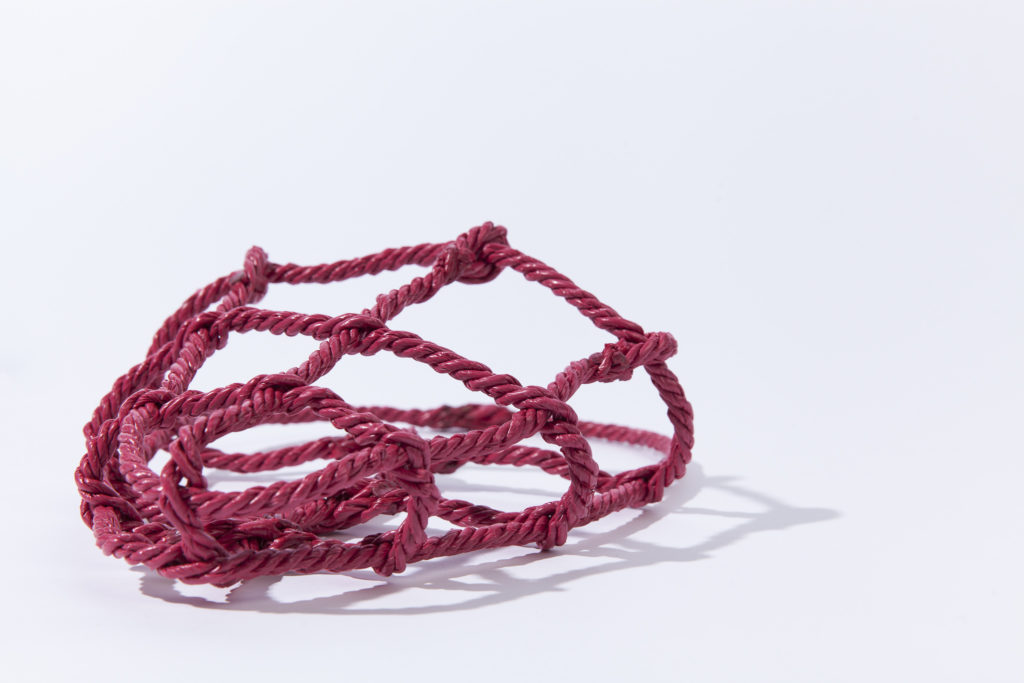